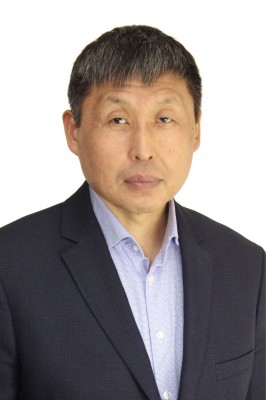 The third season on the use of leaf nutrition in the Republic of Chuvashia has already begun. Where agricultural producers, peasant (farmer) farms, personal subsidiary farms used the technology and preparations from the company «Combine of agrotechnologies Azur-Niva» LLC.

Cooperating with «CAT Azur-Niva» over the years, the heads of farms, agronomists of Chuvashia have personally seen for themselves the effectiveness of the use of leaf fertilizing during the growing season and during seed dressing before sowing, growth stimulants and root formation.

This was clearly shown by the results in farms where the technology of leaf nutrition was applied, the development of which was carried out by the company's science department . They prescribed drugs, doses of application, in which periods the results from their use would be more effective , taking into account local weather conditions, as well as the technologies used by the farms.

The science department of «KAT Azur Niva» is always aware of what is happening in the fields of our clients and, as necessary, makes recommendations in a timely manner, which has helped out more than once. Especially on vegetable crops in this difficult dry season in 2018. An example is LLC «KMK Agro», the director of which is Valery Kondratiev, Morgaushsky district.

On the recommendation of Valery Semenovich , 4 more farms that grew cabbage turned to us for advice. In the first farm, spring frosts froze cabbage seedlings in cassettes and the root system was poorly developed. Сultimar, Kora P7, coped with this task perfectly. The result was visible already on the fourth day, the vegetative part was restored and a powerful root system began to form.

In the second farm there was a problem due to the fact that the seedlings were planted late in the field for two weeks. In the third, cabbage lagged behind in growth, where they did not have time to do weeding and etc.

The Department of Science together with the heads of farms developed a scheme of application and these tasks were solved.

It was very pleasant when the head of the farm of the Yantikovsky district from the village of Shimkusy Andrey Nikolaevich Moryakov called early in the morning and thanked him for the leaf nutrition preparations that he had used in his fields this season. His farm has received a high yield and high-quality grain and he sells it at a good price.

At the review of fields in the district, she took the first place. They have the best rye in the area. On his recommendation, KAT Azur Niva began to cooperate with one of the leading farms of Chuvashia, JSC «Firm «Akond-Agro» with the chief agronomist Anatoly Nikolaevich Mikhailov . On spring barley with an area of 60 hectares, an experiment was conducted with «КAT Azur Niva» preparations and I was personally convinced of the effectiveness of leaf nutrition.

Anatoly Nikolaevich says that using this year Cultimar, Kora P7, Aquadon-micro for grain crops, Sprintalga, Aquasilk, during seed processing and during vegetation, these fertilizers have made a significant contribution to the quality and quantity of the harvest in 2018.

At this stage, Anatoly Nikolaevich is negotiating with the Department of Science of «CAT Azur Niva» on the use of leaf nutrition on perennial grasses to improve the quality and quantity when harvesting silage.

At its base, «KAT Azur Niva» held a field day on July 25, 2017. Seminar «Leaf nutrition –the practice of increasing the yield», in 2018, February 6, seminar «The experience of Novosibirsk scientists , its use in improving the quality and quantity of crops in Chuvashia», March 28, 2018 seminar on «Optimization of agricultural technologies of leaf nutrition», April 12, 2018 seminar «Preparation for spring field work».

According to the results of this year, the following results were obtained on potatoes of the «Chaika» variety:

In the agricultural complex «Atlashevsky», the main agronomist of which is Boris Vladimirovich Nikolaev, we are conducting field experiments for the second season ,last season we received an increase of +3.7 c/ha on spring pschenitsa. This year, it was used on corn for silage. The total yield on the farm averaged 260 c/ha, and on the experimental plot 320 c/ha. There was one-third more corn on the cob than on the unprocessed ones. The seeds were treated with sprint olga +aquasilk and Brentax triple 250 g/ha was used during the herbicide treatment during the growing season.

The manufacturer of this drug, Mr. PERA, learned about this result at the international exhibition in Krasnodar, where «Cat Azur Niva» lined its stand for products.He told us that in Angola, farmers buy from them only one drug, Brentax triple, for corn. Since they can't afford any other fertilizers due to lack of money , they don't even use nitrogen. They get a third more ears of corn than on unprocessed ones.

Here is such a story, dear friends \! Another year has passed, a new year is coming. Let the coming 2019 be richer in records and achievements in all spheres of life. I wish you and your families well-being, good health and all the best.